Mercabarna is currently running various projects to provide the infrastructures and services that will allow the companies at the estate to be even more competitive. Some of these initiatives are carried out in conjunction with the business associations.

Food Hub of the Mediterranean-Barcelona®

The unbeatable location and large volume and variety of fresh produce that Mercabarna moves each day put it in a privileged position to establish a name for itself as the Food Hub of the Mediterranean-Barcelona®, the benchmark Mediterranean centre for food from all over the world to be marketed, given added value or be redistributed to other international markets. Mercabarna is also a benchmark in aspects such as innovation, training, cluster development, corporate social responsibility, the environment, etc.

Modernisation of the Central Fish Market

Around 20 building projects will be carried out in the Central Fish Market to update the facilities of this wholesale centre. The projects began in 2014 and will run for a period of 10 years.

Progressively, and without affecting normal Market operation, improvements will be made to the flooring, lighting, roof and false ceiling, waste recycling, etc. which have been agreed and planned in the works committee formed by Mercabarna and the Central Fish Market Wholesalers' Business Association (GMP).

This revamp is a result of the agreement signed in July 2013 by Barcelona City Council, Mercabarna, the GMP and the Central Fish Market Stockpilers' Association. Under the terms of the agreement, the companies in the Market will pay for the improvement works and, in return for this investment, which will total €9 million, their administrative concessions will be extended for a further 18 years beyond 2020, the year when they were due to end.

The Market was last remodelled in 2000 to help make it a leader among European wholesale markets in terms of complying with technical, commercial, health and environmental demands.

The president of the GMP until 2018, Leandre Serra, talks about the agreement and the improvement works (Spanish subtitles)

Modernisation of the Central Fruit and Vegetable Market 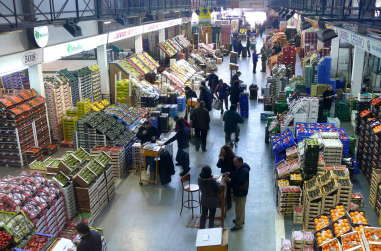 The agreement follows the same public-private partnership formula agreed by the businesses in the Central Fish Market, where the wholesalers pay the cost of the works and, in return, can extend their administrative concessions, which would have expired in 2020, for a further 17 years.

The works will consist of making improvements to the structure, facade, bays, ceiling, etc. of the seven pavilions in the Market. The works will be carried out over a period of about five years and will cost €20 million. To carry out the monitoring and planning of the works, the works monitoring committee was established in 2014, made up of Mercabarna and the AGEM.

The president of the AGEM, Jaume Flores, explains the details of the agreement (Spanish subtitles)

Modernisation of the Multipurpose Pavilion 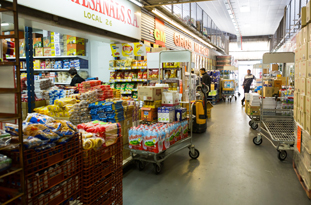 Mercabarna and companies operating in the Multipurpose Pavilion signed an agreement in November 2013 to modernize the equipment.

This agreement provided the same type of public-private partnership that in the Central Fish Market and the Central Market of Fruit and Vegetables, where companies bear the cost of the works (about 350,000 euros) in exchange for lengthening the administrative concessions to 20 years.

The improvement of the water supply system and the fire protection, as well as various measures to increase energy savings, such as replacing lighting by LED screens, have been the main actions carried out in the Multipurpose Pavilion. 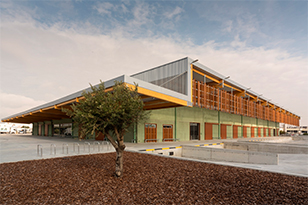 Mercabarna's Biomarket has been created to respond to the growing demand for organic food by the citizens of Catalonia and to the commitment of the city of Barcelona to a healthy and sustainable food model.

Mercabarna has opted to highlight the commercialization of biological products and thus facilitate their distribution.

The inauguration of the Biomarket is scheduled for the end of 2020 and will have a total of 22 points of sale that will sell fresh organic products.