Introduction to the sector

The meat section of Mercabarna houses the slaughterhouse and ten companies specialising in the handling and sale of meat products.

On 1979 the old municipal slaughterhouse was transferred to Mercabarna, which previously was located in today's Joan Miró park in Barcelona, next to Plaça d'Espanya. The slaughterhouse has been opened until 30 September 2020. 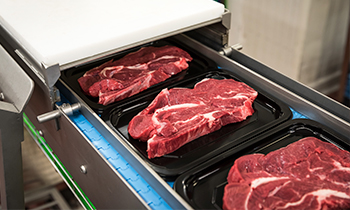 The Mercabarna meat sector is formed of around 10 companies specialising in the preparation, sale and distribution of all types of meat products.

The formats offered by these companies are many and varied because they are constantly adapting to the needs of each customer (supermarkets, restaurants, traditional butchers, etc.).