In 2015, it was quantified that food waste in Mercabarna was 0.5%, according to a report by the Autonomous University of Barcelona (UAB), the company Spora Sinergies, spin-off from the UAB, and the Aprofitem els Aliments Platform (PAA). In 2016 Mercabarna and the guilds of the enclosure signed a strategic plan against food waste with which they commit to reducing surplus food.

Mercabarna's commitment to achieving zero waste includes diverse projects and initiatives that are developed in the medium and long term. 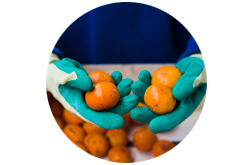 ​The contributions of Mercabarna companies to the Food Bank represent 32.7% of the total fresh food received by this charity. Since 2002, it has had a warehouse within Mercabarna that serves as a collection, selection and distribution center for surplus fresh food. 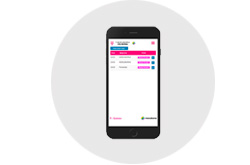 It is a project promoted jointly by T-Systems and Mercabarna that allows the distribution of surplus food to the most vulnerable groups served by the Red Cross. The objective is to simplify the connection between food distribution companies and social entities. Currently, about a dozen companies participate in this initiative. 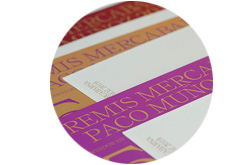 In 2019, the first edition of the Mercabarna-Paco Muñoz Awards was held, which aim to highlight the best Catalonian projects against food waste. The name of the awards is a tribute to the work carried out by Paco Muñoz throughout his professional career in the fight against food waste.

It is a meeting place between companies in the food sector, professionals, university students and research teams to promote the transfer of knowledge and networking. The first edition dealt with sustainability in the agri-food chain, while the second focused on analyzing the implications of food waste. 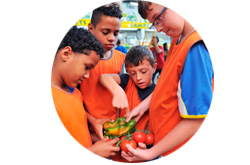 Children who participate in the educational programs of "5 a day", "Grow up with fish" and "Flowers and plants, every day!" In addition to learning healthy eating habits, they become aware of the value of food and the social, economic and environmental implications of food waste. Pedagogical materials are distributed giving advice on how to consume responsibly and minimize food waste in the home.

In the 5th Mercabarna Race, cooking workshops for children were organized. In addition, the fight against waste was the solidarity cause of the Race and money was raised to finance the program "BCN comparteix el menjar" ("BCN shares food").

The start-up of the pilot program of citizen visits, the "Unusual visits", which make known the role of Mercabarna within the Catalan food ecosystem, in which a cooking showcase of cooking with seasonal products is carried out, stands out.

Mercabarna participates in work meetings, debate forums and conferences where strategies to combat this problem are shared. Initiatives such as Ecowaste 4 Food, Refresh, the Network for the Right to Adequate Food, or conferences organized by social entities linked to food use, such as the Food Bank, Rezero, Nutrició Sense Fronteres or Banc de Recursos, stand out. among others.